Ocean City is a collective of musicians that have created a fictional place that represents their music. I was approached to help them create imagery for their first album release, the single art, and Soundcloud banner. The final solution shows the reoccuring shores of Ocean City, with alternating angles and colour alterations to create variation and match song moods. 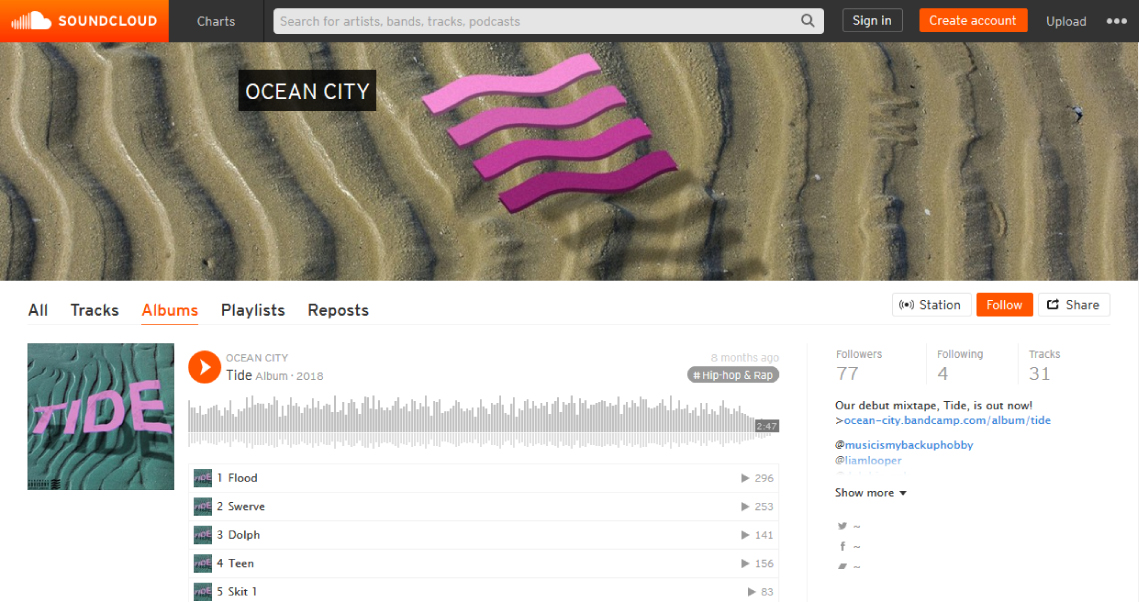 The Soundcloud banner and Album art 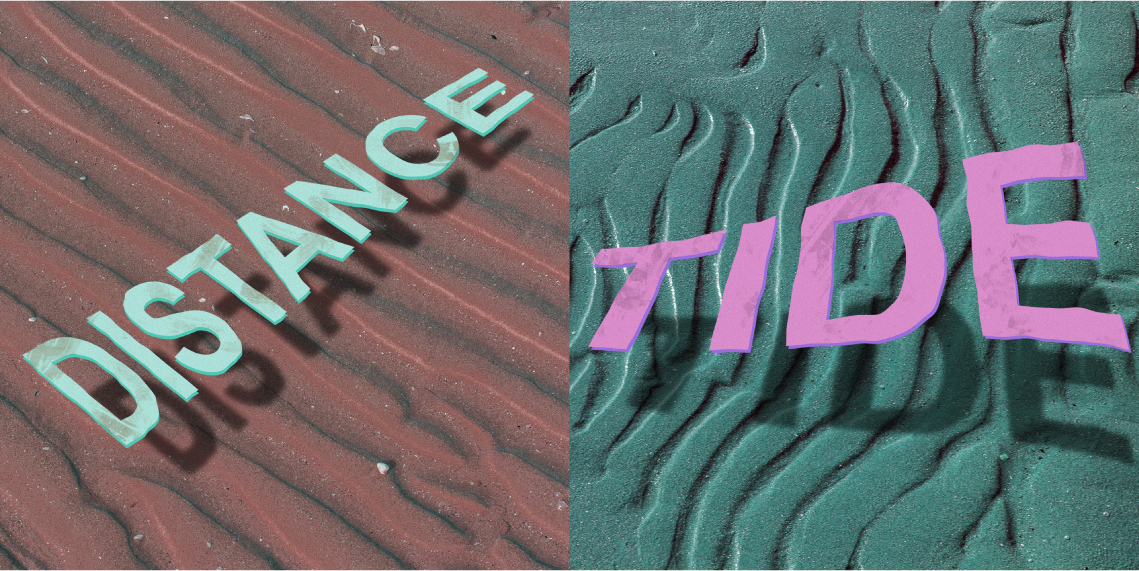 The art for the single called Distance, and the album Tide. 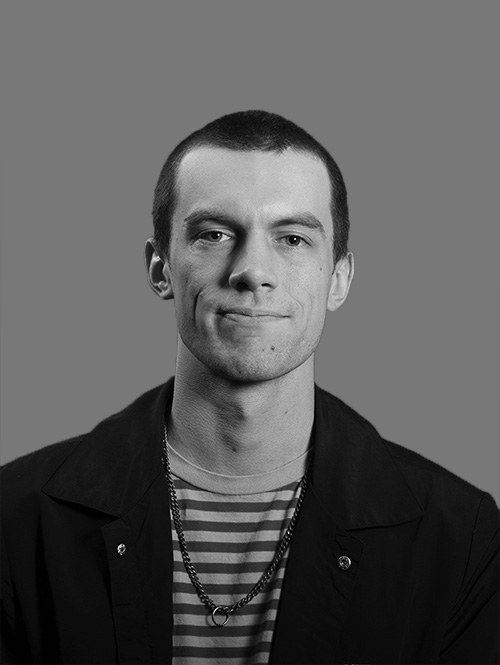